Sandwiched between the Iido mountains and the Asahi mountains
Hiroshi Hiroba The town surrounded by the beech woods Oguni machi Yamagata prefecture.

In winter,
There is snow falling from the shrine and filling the whole area
A cold, severe white forest.

In the summer,
There is a white forest where white beech beech stays cool. 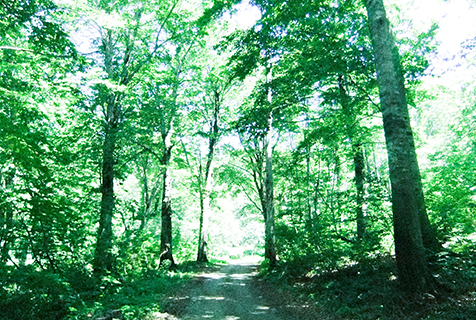 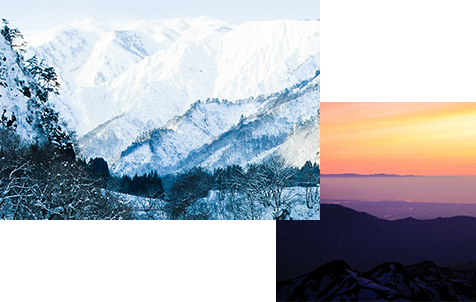 It is dark and pale to complement these two white,
a bamboo flower that blooms in pink
A sparkling river on the emerald green
Panorama of autumn leaves full of red and orange
The ginkgoful big ginkgo in golden color

There are plenty of other colors to count on. color. color.

In the clear air everywhere
What kind of expression does the scenery look like a painting created by a white canvas and natural paints now?

Oguni-machi is held in the Iinoho-Asahi Bunka mountain range and has a vast town soil of 737.56 square kilometers.
About 90% of them, hardwood forests centering on beech and the like are spreading and show us the beautiful seasons of relaxation.
In addition, it is one of the nation's leading heavy snowfall areas, and the snow that has accumulated is a source to foster a variety of lives. This keyword is "white" which can be imaged in common from the two materials symbolizing the town, beech and snow, and the whole town is expressed as "Shiroimori".

The logo "White Forest" character is shaped by "Droplets" of pure snowmelt water that brings rich blessings. In the part of the symbol mark, six "drops" gathered to form a symbol of snow, and three snow crystals gather to image the forest.
There is a message that people in Oguni-machi gather together and become one. 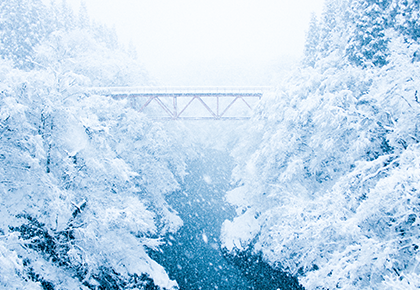 Ogunimachi is located at the southeastern end of Yamagata prefecture and located at the prefecture border with Niigata prefecture, and it is in the middle point between Yamagata City and Niigata City, which are the prefectural capital locations of both prefectures (about 80 kilometers each). It belongs to the majestic mountain ranges of the Asahi Zone and the Iidake Ridge, belonging to the Asahi Family, belonging to the mountain range, and a deciduous broad-leaved trees spreading beech, including beech wrapping around the whole town.
The beech forest encompasses mountains, river blessings, such as tree nuts, wild plants, mushrooms and Iwana which encompasses mountain streams. Many animals live in this rich natural space. People in small countries lived in this blessed forest and built "Buna culture" which is a unique life culture cultivated from the relationship with the forest.
Ogunimachi is also affected by the typical Sea of Japan side climate, rainy in summer and one of the country's heaviest snowfall areas in winter. Snow covering does not go down 2 meters even in the center of the town, and there are also 5 meters at the mountain village. Lots of rain and snow are rich water resources in small country lands, it is an important water resource that brings much grace to us, nurturing the life of many flora and fauna that live there, including forests. Due to its abundant water resources, a hydroelectric power station was constructed in the early Showa period and a factory of a major company was established, and since then Oguni Town has become an industrial structure centered on secondary industry in rare mountain villages.

What is "Beech culture"? 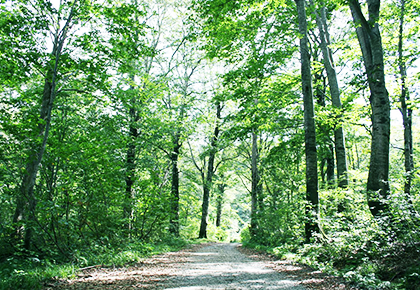 Beech is a tree with a beautiful bark pattern, and it is a lonely tree that sprouts new shoots while snow remains. About 95 percent of Oguni-machi's vast land area is a broadleaf forest centered on beech. The beech forest is rich in fruits such as chestnuts and tochi fruits, and contains wild vegetables such as spring water and wallabi, mushrooms such as nameko and maiko, and Iwana that live in mountain streams, and they are good for enjoying mountain fruits and river fruits. is. Furthermore, the beech forest is also called a green dam because it stores rain and thaw water, and the water forms a river and is used to water the entire basin. Since ancient times, people have been living hunting and gathering life in this rich forest, acquiring the wisdom of life living with the forest, and have developed a sense of nature for the season and the unique nature living together with nature . Thus, for a long time, the unique culture of living that has been cultivated through the relationship with the forest is called "Buna culture" in small countries.

What is "Matagi culture"? 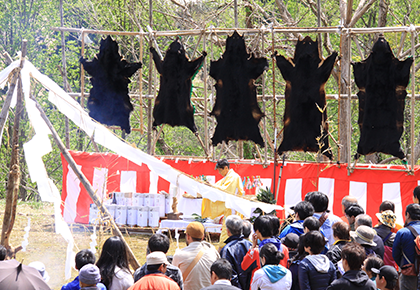 At the foot of the Iidake · Asahi Federation, there are scattered villages of Matagi living by catching beasts such as Japanese black bears and rabbits and picking wild vegetables and nuts. Matagi who are deeply involved with the mountains in their living show the heart that respects and treasures the mountain in the form of faith to the god of mountain and avoids abusive words by using unique mountain words during hunting, I have lived while adhering to the precepts of. Also, prohibiting shooting a child's bear and limiting the period of hunting is a wisdom of life to protect the lives of people living in the mountains, and rules to leave a rich natural environment until future generations But there was. These unique customs are "Matagi culture" which has been made over the years to coexist with harsh nature, and still being handed down preciously.